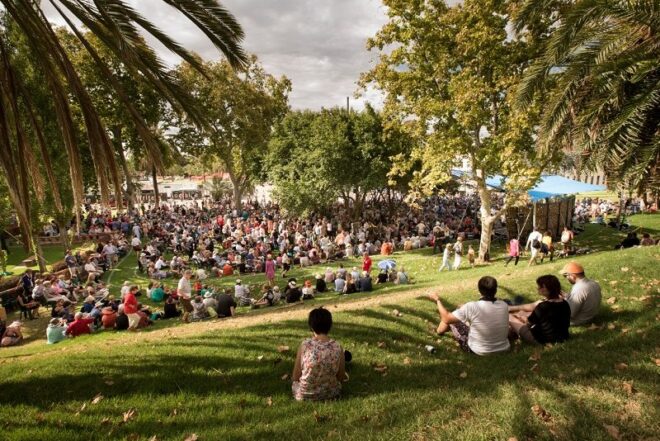 What a wonderful Writers’ Week we had this year. We were gifted stimulating conversation and eventually some beautiful weather. The topics presented to us this year were challenging and fresh and were often the kind that needed some time to reflect on. We each made it to a few sessions and wanted to share our thoughts with you after some time to ruminate. We’re still stocking the Writers’ Week books so if you missed out on a title, we’re happy to help you find it.

As I have done for the past few years, I took a glorious week off to work at Writers’ Week as a driver. It means that I get to meet many of the authors and have hugely interesting conversations on the way to and from the airport, but don’t get to see many sessions in their entirety. The car air-conditioning was certainly welcome on some of those hot days though!

One of the sessions I did get to was Rose George & Carl Zimmer talking about complexity. They are both science journalists and reflected on the current state of affairs in reporting complex issues in this world of post-truth, truthiness and fake news.

Both George and Zimmer lamented the rise of unregulated platforms like YouTube that can spread misinformation – for example, the millions of videos that support the idea that the Earth is flat. Neither author had a simple answer about how to change this dire situation, but agreed that journalists and the media must continue to provide clear, concise and engaging summaries of scientific and other complex information, as well as educating the public about how to evaluate truth in media. They also urged writers and communicators in specialized fields not to remain in isolation.

I have since read Rose George’s book Deep Sea and Foreign Going, which documents her time spent on an enormous container ship as she investigated how 90% of the things we use in everyday life are transported around the world. I think this is a great example of how to blend scientific reporting (on the marine environment, in this case) with the economic and political realities that seafarers face today.

We That Are Young with Preti Taneja

Another session I was lucky to catch was Preti Taneja talking about her debut novel We That Are Young. It is a modern-day King Lear, transposed (or translated, as Taneja put it) onto contemporary India through the voices of five young characters. Themes of division, identity, loyalty and family are immediate links between Shakespeare’s text and this novel, but Taneja has also taken much of the language of the original and adapted it into her setting. The resulting pastiche sounds incredibly rich, poetic and powerful. I am yet to read the novel but am fascinated by the blend of old and new that, from the passages read during the session, seems at once fresh and familiar.

I’m embarrassed to say I’d never learned about the massacre Myall Creek before I came across this book in the lead up to Writers’ Week. If I had heard of it, I hadn’t learned about the scale and horrific details. In 1838 twenty-eight unarmed Indigenous Australians were brutally killed by eleven British colonists. Lyndall Ryan is an academic and historian and began the huge project of mapping the colonial frontier massacres in Australia. The Massacre Map details and approximates locations of massacres and provides sources of corroborating evidence. The map is an important step in acknowledging the extensive violence used against indigenous people in Australia’s history.

Her most recent book details the massacre at Myall Creek. This massacre was unusual in that eleven of the twelve assassins were arrested and brought to trial. Out of these eleven, seven were hanged. Lyndall was joined at the Writers’ Week conversation by Aunty Sue Blacklock, whose ancestors were murdered in the massacre. She spoke of her family history and the significance of growing up with this painful story. Aunty Sue was the leader of a committee who recently finished a memorial at Myall Creek. The conversation centred around the details of the trial and why it was one of the rare cases where the perpetrators were convicted but also the importance of remembering and acknowledging the extent of the violence that Australia’s First People experienced and ways toward reconciliation today. One of the most powerful moments of the conversation was when Aunty Sue said that in finishing the memorial she could feel her ancestors being set free.

Too Much Lip with Melissa Lucashenko

This is one of the most energetic Writers’ Week conversations I’ve been to. Melissa Lucashenko is a Bundjalung writer and a born storyteller. It was a joy listening to her speak about her most recent book, Too Much Lip.

She started the session by reading a scene from an early chapter where Kerry, the main character, watches four waark (crows) eating roadkill before tearing off on her motorbike to visit her family after years of separation to say goodbye to her dying pop. Hearing Lucashenko’s voice and sound of the Bundjalung language gave the book such guts that I wanted her to keep reading. She spoke about wanting to convey the complexities and violence in the Salter family while keeping her characters nuanced. I was interested in hearing her speak of the importance that her characters have humour and moments of pleasure in order to paint a realistic but whole image of Indigenous characters, one that included sexiness and playfulness. I was already enjoying the book when I went to the session but afterwards I raced off to finish it.

I hope that everyone had a wonderful Writers’ Week and heard plenty of good discussion and got inspired to read some new authors.

I went to hear Mohamad Hanif talk about his life as a journalist and author on Sunday afternoon, and I liked his relaxed, easy and humorous style whilst at the same time he was talking about very serious issues in Pakistan. He talked about how long years of dictatorship and censorship has led to finding ways of speaking out by making fun of them.

Hanif is an author who uses satire to highlight these problems and in his most recent book — a dark comedy about human ugliness — Red Birds, he critiques US Foreign Policy, war and America’s role in the destruction of the Middle East. The book is set in a refugee camp and has 3 narrators — an American pilot who survives his plane crashing and ironically ends up in the camp that he was supposed to bomb, Momo who is a young  boy who has become a refugee businessman who finds and rescues the pilot and a Philosophical dog called Mutt. In this story Hanif asks some big questions. How can we have safe sheltered lives when half the world is getting bombed? What role have we had in ruining their homeland? Where do our lives and theirs co-exist? And do we have base urges for conflict/war?