Annie has never felt more at home than surrounded by hundreds of books. She has been an avid reader for as long as she can remember, starting at age four with George's Marvellous Medicine. Now all grown up, she loves to read the weird and wonderful stories of the likes of Haruki Murakami, Neil Gaiman, Scarlett Thomas and Dave Eggers. Really, she's just a sucker for any well-crafted story. A self-confessed Francophile, she has a degree in French as well as one in English and would love to talk to you about your next trip abroad. Currently, she is completing a post-grad in Professional Communications and publishing an online magazine that celebrates literature and art in her spare time.

We were overjoyed to hear the news that Australia’s most prestigious literary award, the Miles Franklin, has been awarded to Wiradjuri author Tara June Winch for The Yield, published by Penguin Random House Australia. This is a powerful book that is much loved by our staff and tells an important story of Australian history.

For the first time in the Award’s history, trustee Perpetual announced the winner via a LIVE YouTube presentation, due to the COVID-19 pandemic. Chosen from a shortlist showcasing a powerhouse of experienced Australian literary talent, The Yield weaves together three stories to reveal how Indigenous history carries forward pain and sorrow yet allows compassion, resilience, dignity, humour and humanity to flourish.

On winning the award, Ms Winch said, “I’m honoured to be among brilliant colleagues on the longlist and shortlist, our power is in the many stories and not only the one. The historical presence of both Tony Birch and myself on the shortlist signals to the publishing industry that we can write our own stories, and that we don’t want to be spoken for. I hope this event also encourages the next generation of Indigenous voices, to know there is a space here for you in the industry, and in the minds and hearts of a new era of readers. We need to hear voices from across the nation to truly immerse ourselves in the song of Australia.”

The Man Booker Prize longlist has been announced! It is a wonderful and diverse list with many new books that we are still waiting to have in stock. There are a few that we can already recommend including staff favourite Such a Fun Age by Kiley Reid, and we’re excited to sink our teeth into the other twelve books.

“Each of these books carries an impact that has earned it a place on the longlist, deserving of wide readership. Included are novels carried by the sweep of history with memorable characters brought to life and given visibility, novels that represent a moment of cultural change, or the pressures an individual faces in pre- and post-dystopian society. Some of the books focus on interpersonal relationships that are complex, nuanced, emotionally charged. There are voices from minorities often unheard, stories that are fresh, bold and absorbing. The best fiction enables the reader to relate to other people’s lives; sharing experiences that we could not ourselves have imagined is as powerful as being able to identify with characters”.

The Vanishing Half by Brit Bennett

The Vignes twin sisters will always be identical. But after growing up together in a small, southern black community and running away at age sixteen, it’s not just the shape of their daily lives that is different as adults, it’s everything: their families, their communities, their racial identities. Ten years later, one sister lives with her black daughter in the same southern town she once tried to escape. The other secretly passes for white, and her white husband knows nothing of her past. Still, even separated by so many miles and just as many lies, the fates of the twins remain intertwined. What will happen to the next generation, when their own daughters’ story lines intersect?

When May’s mother dies suddenly, she and her brother Billy are taken in by Aunty. However, their loss leaves them both searching for their place in a world that doesn’t seem to want them. While Billy takes his own destructive path, May sets off to find her father and her Aboriginal identity.

I can’t recommend this book enough. Swallow the Air is a poetic story of a young Wiradjuri woman who is trying to connect with her country and culture, while confronting the inter-generational trauma of colonisation. Her resilience and connection to country are powerful and I think important reading.

Siamese fighting fish, cockroaches, cats, a snake, and a strange fungus all serve here as mirrors that reflect the unconfessable aspects of human nature buried within us. The traits and fates of these animals illuminate such deeply natural, human experiences as the cruelty born of cohabitation, the desire to reproduce and the impulse not to, and the inexplicable connection that can bind, eerily, two beings together. Each Nettel tale creates, with tightly wound narrative tension, a space wherein her characters feel excruciatingly human, exploring how the wounds we incur in life manifest themselves within us, clandestinely, irrevocably, both unseen and overtly. In writing that is candid and subtle, these stories give us nuanced insights into human nature.

The Year of Magical Thinking by Joan Didion

I Saw Pete and Pete Saw Me by Maggie Hutchings, illustrated by Evie Barrow

Everyone walks right past Pete – except for one little boy. He sees Pete’s big smile and bright drawings, and they make a connection. The boy can’t give Pete a home, but when Pete gets sick, he can show he cares.

A heartfelt, moving story about the importance of really seeing the world around us and the power in tiny acts of kindness.

$1 from each sale donated to The Big Issue.

The Overstory by Richard Powers

An artist inherits a hundred years of photographic portraits, all of the same doomed American chestnut. A hard-partying undergraduate in the late 1980s electrocutes herself, dies, and is sent back into life by creatures of air and light. A hearing- and speech-impaired scientist discovers that trees are communicating with one another. An Air Force crewmember in the Vietnam War is shot out of the sky, then saved by falling into a banyan.

This is the story of these and five other strangers, each summoned in different ways by the natural world, who are brought together in a last stand to save it from catastrophe. 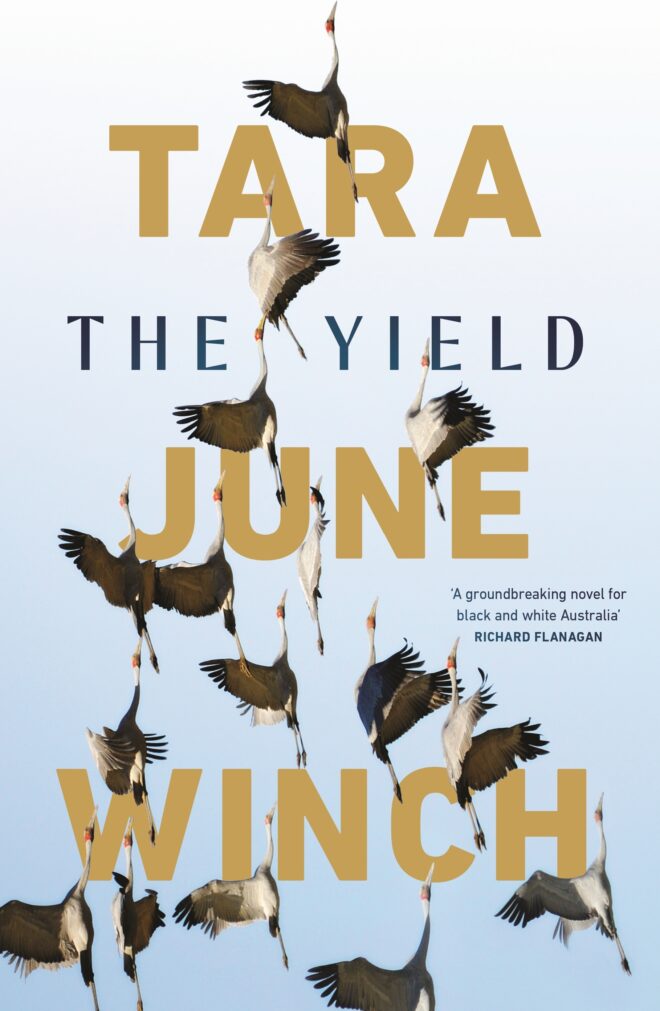 1. The Yield by Tara June Winch
2. Women and Leadership by Julia Gillard and Ngozi Okonjo-Iweala
3. The World’s Worst Parents by David Walliams
4. Phosphorescence by Julia Baird
5. The Dictionary of Lost Words by Pip Williams
6. The Boy, The Mole, The Fox and The Horse by Charlie Mackesy
7. A Room Made of Leaves by Kate Grenville
8. Dark Emu by Bruce Pascoe
9. Hidden Hand by Clive Hamilton
10. The Vanishing Half by Brit Bennett 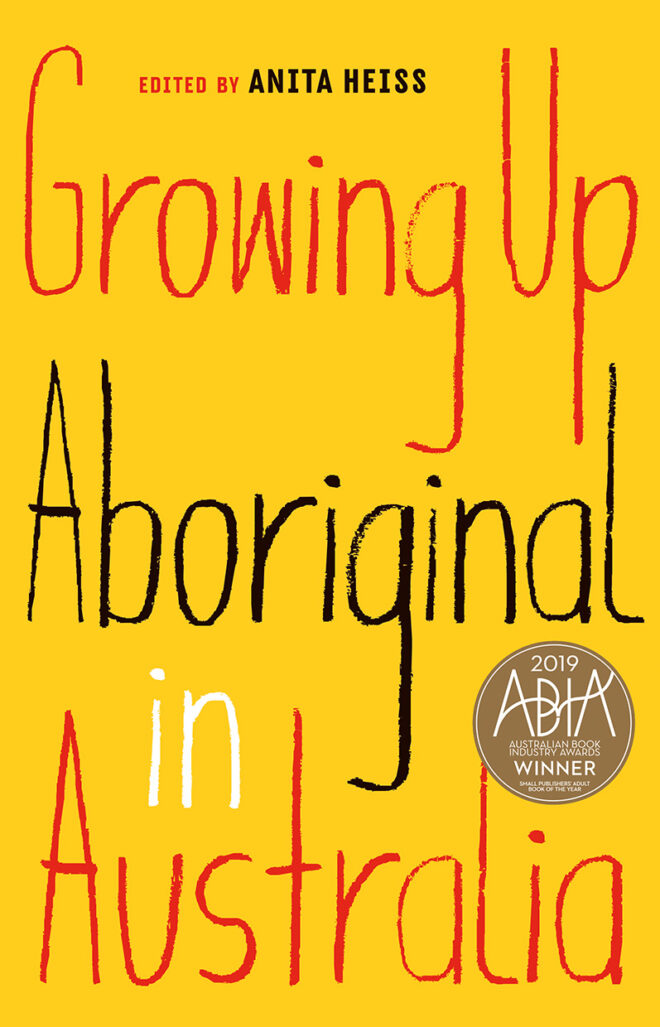 If you are incensed about Black (and Blak) deaths by police continuing to happen, one constructive thing you can do is to educate yourself and have conversations with your family and friends to spread knowledge and action. The books that we have selected here are just a fraction of those that have been written on systemic racism, the justice system, and white supremacy in America and Australia. We wholly encourage reading, listening, donating and acting on racism not just now and but long term in your communities.