This year, there are three books in particular whose releases I am eagerly awaiting. Two of these books I have mentioned in previous posts, and all I have seen before, but I have not until now seen confirmed titles, covers and release dates. The aforementioned books:

This book is the sequel to J.K. Rowling’s first crime novel, The Cuckoo’s Calling, which I read, reviewed and raved about last year. I am glad for the prompt release of this sequel, as reading these books I would say is like watching an episode of a TV show. The Cuckoo’s Calling features detective Cormoran Strike, and his secretary/personal assistant/companion/cook, Robin Ellacott. In their first adventure, Cormoran and Robin solved the mystery of the famous supermodel Lula Landry’s supposed suicide, and in this book, they return to investigate the disappearance and subsequent murder of novelist Owen Quine. 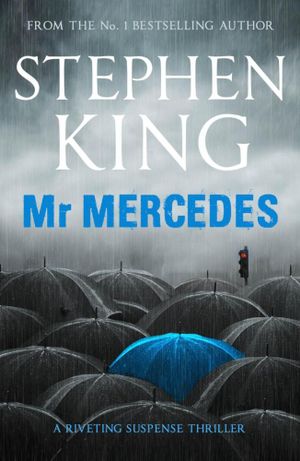 Mr Mercedes is the next novel that Stephen King is set to release, and the first of two he will release this year. Mr Mercedes is a mystery/thriller novel which, to quote an article I found by The Guardian, ‘…is about a retired policeman being taunted by a murderer…’ As you may have noticed, I really like crime and mystery novels, which is the first of two reasons why I want to read this book. The second is that it is written by Stephen King, the extremely successful author of more than fifty bestselling novels, many of which have been adapted into equally successful movies and television shows.

First, I need to say that it does not matter what this novel is about, who the characters are or where it is set – it is written by Ernest Cline (the author of Ready Player One) and hence it is going to be brilliant no matter what the subject matter is.

Moving along to what this book is actually about. Zack Lightman is just another bored teenager daydreaming through just another boring maths lesson when a high-tech ship lands in his school’s courtyard and men in dark suits and dark glasses start calling his name because the government needs him and his video-gaming skills to stop earth being invaded by aliens.

Not only is that a very interesting premise, but this book is going to be just that bit more brilliant because it blasts into oblivion the cliché that no-one who is forced to stop an alien invasion has ever seen any movies or read any books and will not have the slightest shred of knowledge about how to deal with an alien invasion – because Zack Lightman has.

Notes:
Estimated release dates are from the Goodreads pages of each of these books, the links to which are above. The links provided are where I found all of the information for this post.