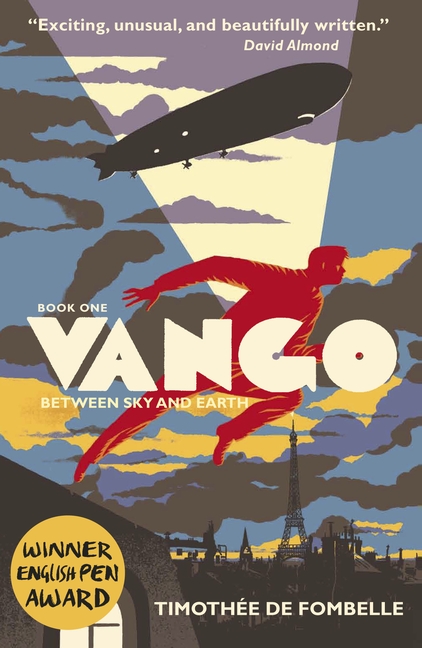 Over the last term, Year 9 students from Murray Bridge High have been reviewing books to be included in our monthly newsletter. You can find the first batch of them here!

Klara and the Sun by Kazuo Ishiguro

Klara is an artificial friend waiting to be taken into a loving and warm home. When it was their turn in the window of the shop they soaked in all the sunlight and love they could. They watched as the people in the busy city walked past. One day the “lifted” thirteen year old Josie walked
past the store and saw Klara through the window and they started to bond. Josie came back a few weeks later with her mother and bought Klara. We soon discover that Josie’s parents are planning to replace Josie with Klara if Josie passes away because of her genetically modified illness. Klara goes on a quest to get the Sun to heal Josie. The author Kazuo Ishiguro won the Nobel Prize in 2017 in literature, he writes about life and memory. I would recommend this book to young adults who can follow the storyline and understand the despairing while elegant exploration of the human heart throughout the book.

Vango was a masterpiece written by the well known author Timothée de Fombelle, the book portrayed a feeling of the unknown, with suspense and the technical language adding to the mystery. With imaginative writing combined with a sense of adventure, it created depth and a very compelling story. The book Vango is part of a series created by Timothée, and Vango is the introduction to the main character’s life as a fugitive, with the authorities chasing him all along the country, determined to bring him to justice for a crime that he did not commit. This book serves as a great source of entertainment whenever you need it, as long as you’re in the mood for an adventurous tale of an innocent fugitive. The main protagonist must travel long distances across cities and his own childhood town to discover the truth behind all these mysteries that have recently appeared. Vango is a book best suited for people in their teen years, that are looking for something interesting to read, a book that has character and a collection of intricate stories and well designed chapters, I highly recommend this book.

The Heroes of Olympus: The House of Hades by Rick Riordan

This is the fourth book in the series The Heroes of Olympus. This book is an action, adventure-packed book. It’s about two people waking up in Tartarus and venturing through the unknown, fighting off monsters, trying to get to the gates to the Overworld. Their friends are trying to get to the entrance to Tartarus so they can help their friends get out. Tartarus for those who do not know is like an underworld in Greek mythology. Full of monsters and terrifying creatures. I found this book very creative and it kept me hooked all the way to the end. It was a great lead-in to the next book The Blood of Olympus. I recommend this book for teenagers that are into adventure and action. I also recommend that you read the other books before this one.

The Vanishing Deep by Astrid Scholte

The Vanishing Deep is a science fiction novel by Astrid Scholte. Seventeen-year-old Tempest was born into a world of water. After the great waves flooded most of her planet, around 500 years ago, people had learnt to live on the water. Tempe dives daily into the ruins of the old world to find relics to trade for notes. It isn’t clothing or food she wants to buy but her dead sister’s life.

At a research facility, Palindromena, you can revive your loved ones, who drowned, for 24 hours. Most people use this final opportunity to say a final goodbye but Tempe wants answers. Once revived, Elysea convinces Tempest to help her break out of Palindromena to go on a journey to find out the truth behind their parent’s death. Two Palindromena employees follow them, urgent to find them before Elysea’s time runs out, and before they discover the secrets behind the revival process and the true price of restored life is revealed. ‘Dead or living, everyone must pay the price.’

I really enjoyed this book because of the way it was written and the split POV. I would recommend it to 13+ and fans of YA fiction.

The Man in the Water by David Burton

The Man in the Water is a mysterious book by David Burton set in an old mining town in Queensland. Shaun, a young boy, came across a strange body floating in the lake. As Shaun was shocked by what he had seen he reported the body to the police but when he and the officer went back to the lake the body had vanished. Shaun soon approached Will, his best friend about what he had seen and was quite determined to find out how the body got there and how it disappeared. The two boys then started their own investigation and as they dug deeper they discovered that there is more to their little town than meets the eye.

Can you love someone you have never touched?

Stella likes to be in control, even though she has been in hospital with her out of control lungs for half her life. When Stella gets the opportunity to be on a medication trial she is determined nothing will get in her way. Then Stella meets Will and she starts to see everything a little different. Will couldn’t care less about his new treatment for the drug trial. He will soon turn eighteen and then be in control of getting out and seeing the world, not just from a hospital window. That is until he meets Stella. To stay in control all Stella has to do is stay away from Will. But that becomes too hard when your falling in love with someone that you can’t have. So break the rules a little, live life to the fullest, because you never know what might happen tomorrow.

Five Feet Apart is a touching story about two teens who fall in love but with a complication. Stella and Will the main characters both have a serious condition which does not allow them to get within 6 feet of one another. Stella is a character who likes to be in control of everything, even though her lungs have sent her in and out of the hospital most of her life. Something Stella needs to control the most is keeping herself away from anyone or anything that could affect her condition Cystic Fibrosis as it will put her life at risk. On the other hand, Will’s main focus is trying to get out of the hospital and couldn’t care less about his treatments or drug trial. If Will or Stella were to breathe on one another, they could possibly die. Their only way to stay alive is to stay away.

Rachael Lippincott delivers an intriguing, emotional, well plotted and well written book with relatable and likeable characters that I couldn’t help but fall in love with. The story is told in alternating perspectives between Stella and Will and I thoroughly enjoyed both narratives equally. They complimented each other so well and I really felt for them. Both of their situations and feelings towards each other showed the truth and I loved how I learned so much more about Cystic Fibrosis.

A line in the book Stella stated was, “I’ve been living to do my treatments instead of doing my treatments so I could live, and I wanna live!” This statement really made me think about the little things in life that are taken for granted. This book was really engaging and moving. I highly recommend this book if you want to read something that you will love more each page you turn!

We Were Liars by E. Lockhart

We Were Liars is a mystery novel written by E. Lockhart. It follows the summer of a teenage girl, Cadence, who is spending time with her cousins, “the Liars” on a private island. Up until two years ago, the family had done this each year with the Liars, the Aunts (Cadence’s and the Liars’ parents) and Granny Tipper. However, last year, Cadence couldn’t go to the island because she was involved in an accident. She can’t remember anything about it and for some reason no-one is telling her. As the story progresses, Cadence slowly remembers what the accident was, but does she want to discover what happened in the past? I found this a captivating book because as the story progressed, more information around Cadence’s accident was revealed but not enough that it was possible to tell what had happened. Her character was developed well and the relationship she had with the other Liars, in particular Gat, added depth to the story and made the ending even more significant.

I would recommend this book to people 13+ who like mystery and a twist ending.