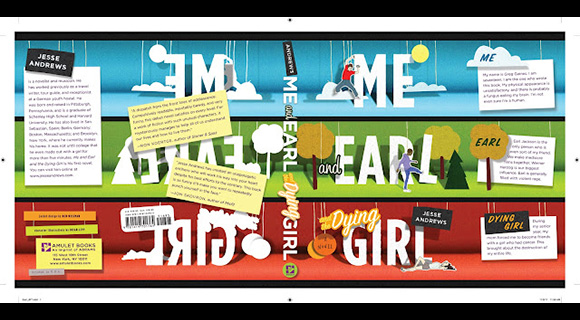 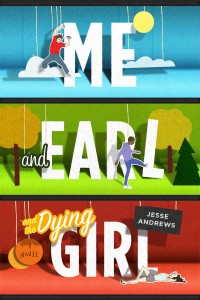 Please don’t throw things at me for saying this, but I normally hate ‘cancer books’. Or illness and dying books in general. I think it might be due to the My Sister’s Keeper incident of Year 10 English. I think maybe my problem with them is that they can get so hung up on leaving the reader with a beautiful message about life and/or death, so intent on making you cry and showing how a person can gain a new outlook on life from either having a terminal illness or being close to someone with a terminal illness, that they neglect the actual making-the-story-interesting-and-fun-to-read part. In real life, very few people are lucky enough to take something amazing away from an experience like this. Jesse Andrews, author of Me and Earl and the Dying Girl, knows that, and he does such a great job of delivering a book that is hilarious with colourful characters, including a girl with cancer, but doesn’t strain itself to give us a life lesson.

What struck me about this one was its sheer realism. It’s not often you find a book that truly breaks the rules and structure of a bestseller (and this isn’t really a bestseller, but it sure does break the rules). The characters are hugely dynamic and Greg is a fantastic protagonist who is fleshed out and rounded. It’s also very funny – the jokes vary between witty sarcasm and ridiculous schoolboy humour. An even better thing is that Andrews doesn’t try to manipulate the reader’s emotions; I didn’t feel like I was being forced to cry or pity Rachel (the titular ‘dying girl’), and I appreciated the author’s message that sometimes bad things happen, things go wrong and people die, and we don’t necessarily learn anything useful from it other than the hard, cold truth that things can be ripped away from you in a split second.

Greg feels like he should be moved by Rachel’s illness, he feels like he should hang out with her, and yet Andrews allows him to acknowledge that he isn’t moved, he doesn’t really want to help out or get involved; in fact, he finds himself wishing he could ignore the whole situation, carry on with his life, and pretend it isn’t happening. Maybe you won’t appreciate this sentiment, but to me it felt a million times more honest and real than any other book about illness that I can remember.

I haven’t read The Fault in Our Stars, so I won’t bother comparing it to that because I don’t have much of an opinion. But, if you’re looking for a droll, honest novel with a great cast of characters, I’m confident Me and Earl and the Dying Girl is for you.