Annie has never felt more at home than surrounded by hundreds of books. She has been an avid reader for as long as she can remember, starting at age four with George's Marvellous Medicine. Now all grown up, she loves to read the weird and wonderful stories of the likes of Haruki Murakami, Neil Gaiman, Scarlett Thomas and Dave Eggers. Really, she's just a sucker for any well-crafted story. A self-confessed Francophile, she has a degree in French as well as one in English and would love to talk to you about your next trip abroad. Currently, she is completing a post-grad in Professional Communications and publishing an online magazine that celebrates literature and art in her spare time.

The $20,000 Vogel’s Literary Award for 2020 has been won by Kate Kruimink’s novel A Treacherous Country

The Australian/Vogel’s Literary Award is a prize for an unpublished manuscript written by a writer under the age of thirty-five. Along with a publication contract with Allen & Unwin, the winning author receives $20,000 in prize money and an advance against royalties. Kruimink’s manuscript was chosen from a shortlist of four, which included Emily Brugman (The Islands), Belinda Lopez (Tete) and Maree Spratt (The Followers).

As with last week’s Stella Prize announcement, the winner was revealed in a live webcast on Monday evening, presented by Australian musician and memoirist Clare Bowditch. This is the first time the prize has been awarded since 2018, with Allen & Unwin choosing not to name a winner in 2019, citing a lack of quality in the prize submissions.Not so this year – the judges had nothing but glowing praise for Kruimink and A Treacherous Country, with judge Tegan Bennett Daylight calling it ‘Witty, warm and lively.’ 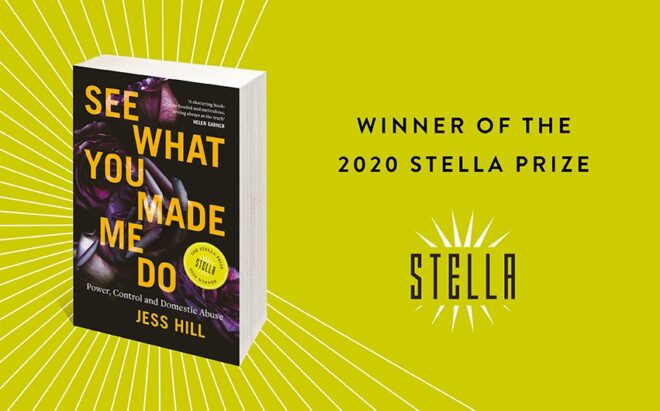 We’re excited to announce that Jess Hill’s four-year investigation into domestic abuse, See What You Made Me Do, is the 2020 Stella Prize winner. Now in its eighth year, the Stella Prize awards one author with a $50,000 prize. This buys a writer some measure of financial independence and thus time – that most undervalued yet necessary commodity for women – to focus on their writing.

Domestic abuse is a national emergency: one in four Australian women has experienced violence from a man she was intimate with. But too often we ask the wrong question: why didn’t she leave? We should be asking: why did he do it?Investigative journalist Jess Hill puts perpetrators — and the systems that enable them — in the spotlight. See What You Made Me Do is a deep dive into the abuse so many women and children experience — abuse that is often reinforced by the justice system they trust to protect them. Critically, it shows that we can drastically reduce domestic violence — not in generations to come, but today.Combining forensic research with riveting storytelling, See What You Made Me Do radically rethinks how to confront the national crisis of fear and abuse in our homes. 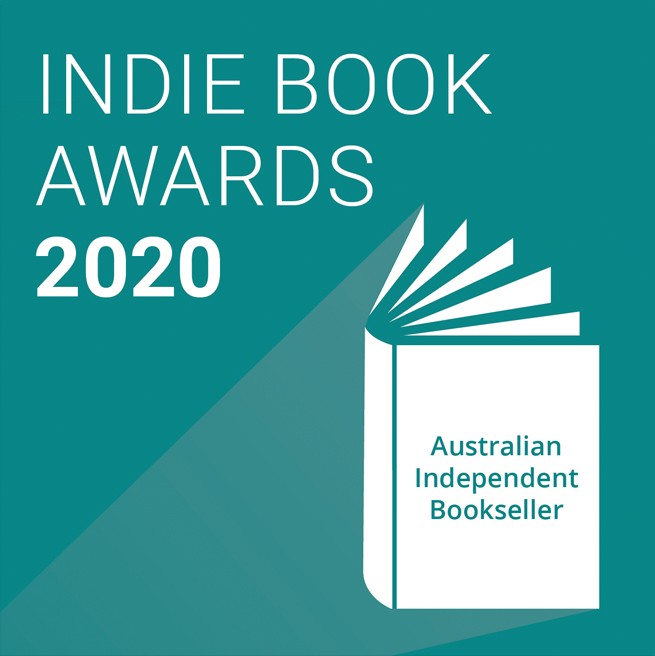 Favel Parrett’s deep emotional insight and stellar literary talent shine through in this love letter to the strong women who bind families together, despite dislocation and distance. It is a tender and beautifully told story of memory, family and love. Because there is still love. No matter what.

In this intimate, moving and often shocking memoir, Archie’s story is an extraordinary odyssey through love and heartbreak, family and community, survival and renewal – and the healing power of music.

Eleven-year-old Allegra shuttles between her grandmothers who live next door to one another but couldn’t be more different. And then there’s Rick who lives in a flat out the back and finds distraction in gambling and solace in surfing. Allegra is left to orbit these three worlds wishing they loved her a little less and liked each other a lot more. Until one day the unspoken tragedy that’s created this division explodes within the person they all cherish most.

This extraordinary book captures the incredible and previously untold stories of forty Anzac boys who fought in the First World War, from Gallipoli to the Armistice. Featuring haunting images of the boys taken at training camps and behind the lines, these tales are both heartbreaking and rousing, full of daring, ingenuity, recklessness, random horror and capricious luck.

With more than sixty ugly animals to explore, this compendium of the unusual celebrates the beauty in ‘ugliness’. Children and adults alike will pore over the breathtaking scientific illustrations of unusual animals, debating their relative ugliness and merits, learning about science and nature along the way.

Anna Chiu has her hands pretty full looking after her brother and sister and helping out at her dad’s restaurant, all while her mum stays in bed. Dad’s new delivery boy, Rory, is a welcome distraction and even though she knows that things aren’t right at home, she’s starting to feel like she could just be a normal teen. But when Mum finally gets out of bed, things go from bad to worse. 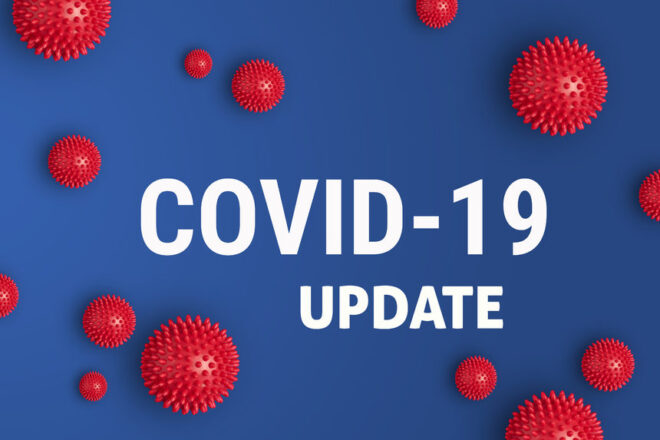 We hope you are keeping well in these strange times that we are living through. The spread of coronavirus into our community is a challenge for all of us and we at Mostly Books have taken several steps to minimise harm. These include:

Additionally, we would like to offer a free delivery service for people who live locally who may be self-isolating or in quarantine. If you give us a call on 8373 5190, we can take payment over the phone and deliver books we have on the shelf within 2 days to the following postcodes:

For the time being, our opening hours will remain unchanged, however we will keep you updated with any alterations to this as the situation develops. This is obviously going to be a trying time for many individuals and businesses, but it is through banding together that we will weather the storm. We urge everyone in the community to look after themselves and each other, and we will do everything we can to help in the coming weeks and months.

On that note, we have compiled a few reading suggestions for those who want to face an emergency head on, as well as those who would rather escape with a nice read or who want to spend this time developing a new skill.

Develop a New Hobby or Skill

We are keeping you all in our thoughts and hope that we can get through this together, intact and sane. 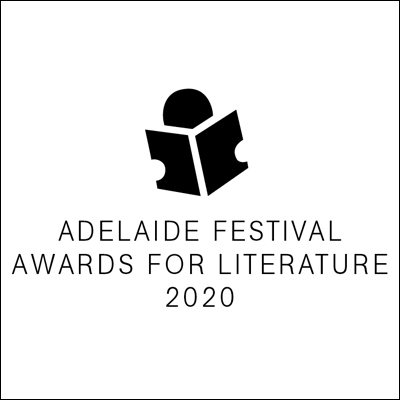 Fiction
The Death of Noah Glass by Gail Jones

The art historian Noah Glass, having just returned from a trip to Sicily, is discovered floating face down in the swimming pool at his Sydney apartment block. His adult children, Martin and Evie, must come to terms with the shock of their father’s death. But a sculpture has gone missing from a museum in Palermo, and Noah is a suspect. The police are investigating.

None of it makes any sense. Martin sets off to Palermo in search of answers about his father’s activities, while Evie moves into Noah’s apartment, waiting to learn where her life might take her. Retracing their father’s steps in their own way, neither of his children can see the path ahead.

Non-Fiction
The Bible in Australia by Meredith Lake

In this surprising and revelatory history of the Bible in Australia, Meredith Lake gets under the skin of a text that’s been read, wrestled with, preached and tattooed, and believed to  be everything from a resented imposition to the very Word of God.

The Bible in Australia explores how in the hands of Bible-bashers, immigrants, suffragists, evangelists, unionists, writers, artists and Indigenous Australians, the Bible has played a contested but defining role in this country.

Tash Carmody has been traumatised since childhood, when she witnessed her gruesome imaginary friend Sparrow lure young Mallory Fisher away from a carnival. At the time nobody believed Tash, and she has since come to accept that Sparrow wasn’t real. Now fifteen and mute, Mallory’s never spoken about the week she went missing. As disturbing memories resurface, Tash starts to see Sparrow again. And she realises Mallory is the key to unlocking the truth about a dark secret connecting them. Does Sparrow exist after all? Or is Tash more dangerous to others than she thinks?

Morrigan Crow is cursed. Born on an unlucky day, she is blamed for all local misfortunes – and, worst of all, the curse means that Morrigan is doomed to die at midnight on Eventide.

But as Morrigan awaits her fate, a strange and remarkable man named Jupiter North appears and whisks her away into the safety of a secret, magical city called Nevermoor.

It’s there that Morrigan discovers Jupiter has chosen her to contend for a place in the city’s most prestigious organisation: the Wundrous Society. In order to join, she must compete in four difficult and dangerous trials against hundreds of other children, each boasting an extraordinary talent that sets them apart.

Archival-Poetics is an embodied reckoning with the State’s colonial archive and those traumatic, contested and buried episodes of history that inevitably return to haunt; a way of knowing and being in the world that carries us lovingly back and forward and back again toward something else restorative/ transformed/ honouring/ just. Family records at the heart of this work highlight policy measures targeting Aboriginal girls for removal into indentured domestic labour, and trigger questions on surveillance, representation and agency. This is a shared story; a decolonising project through poetic refusal, resistance and memory-making. It is our memory in the blood, and it does not always flow easily.