The division of people by people is a phenomenon which has been causing strife for centuries. Many authors have explored these issues from various perspectives in various different settings in time and space, both real and imagined. In Kathryn Stockett’s The Help, many different perspectives of racism in the deep south of America in the 1960s are brought to light. 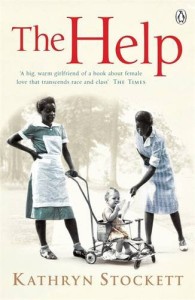 Three different women convey Stockett’s story, each with a unique link to the issue explored. Aibileen has raised seventeen white children in her role as a maid, and watched as they all have grown into another generation divided by race, leaving the behind the colour-blindness of childhood. Minny has always known that she would be a maid, leaving school at fourteen like her mother before her. But she never left behind her sharp tongue and love of food. Skeeter was raised on a cotton plantation by her maid, who disappeared while she was away at college, and still no one will tell her where she went.

Brought together by a desire for change, Aibileen, Minny and Skeeter take it upon themselves to challenge the system in Jackson, Mississippi, and risk losing more than their friendship.

I really enjoyed the pace of this book and the different perspectives offered by each character. I was impressed by the distinctive voice created for each narrator, as it is so easy for the narrative voice to become a single entity, even when composed of more than one person. Each woman is witty, admirable and has overcome their own challenges of living in Jackson. 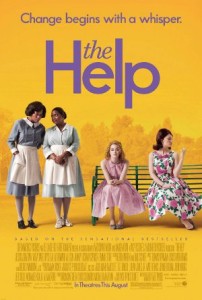 Each chapter disclosed more of the dangers of being the help and, ironically, trying to help them. Learning more about the twisted system that placed them at the bottom of society encouraged me to keep reading, as it seemed the odds were impossibly against the protagonists. The expression of their anxiety over their fate underlies each chapter and is woven so seamlessly into each character’s mannerisms that I almost didn’t notice how often I was making excuses to pick up the book again. Aside from the tension and the desire to know what happened, this book was a joy to read and the intimacy of each character’s narration really allowed me to empathise with them and build a strong connection with Aibileen, Minny and Skeeter. I wasn’t only interested in the success of their campaign for change, but also in each individual’s fate. Stockett has managed to capture perfectly that life has to go on, even in the middle of adversity. She has conveyed the sacrifice that each woman has made quietly every day, in order to make a change that will actually be noticed.

This book is about so much more than segregation. Stockett explores what we define as family and love, and examines the trust between friends that is strained when dreams fall short.

This is a brilliant book that presents a universal message and is written skillfully. I haven’t seen the 2011 movie, but if the book is anything to go by, it must be pretty good.